As the last of the mince pies wilts in the fridge, topped with a generous helping of stilton, the Kepler Trust Intelligence team stick a finger in the air and point toward their top picks for the year ahead…
Pascal Dowling
View profile
Save Article Download

Once upon a time I was lucky enough to spend a few days on a junket to Morocco, where I stayed at a hotel in Marrakech called La Mamounia, occupying the grounds of a former royal palace built by Sultan Mohammed ben Abdallah in the 18th century and described by Winston Churchill as ‘the most lovely spot in the whole world’.

On my last night at the hotel I won approximately 52 million dirhams1 in the hotel casino and, feeling somewhat groggy the following morning after celebrating my victory until the wee hours, was somewhat disappointed to learn that the exchange rate at the time meant I had in fact won about £2002. My victory was made more hollow when I learned that, because of currency controls limiting the amount of money you can take out of the country, I would only be allowed to take home £160.

That sense of bittersweet victory was familiar, then, when I learned this week that my choice for the ‘top performer’ of 2021 – Invesco Perpetual UK Smaller Companies (IPU) - was the best performer of the lot in NAV terms (see table), delivering total returns of 27.3% over the year to 28 December. Thanks to the vagaries of cruel fate (and discount movement), however, it had been roundly trounced in share price terms by William Heathcoat Amory’s choice, Oakley Capital Investments (OCI), which was up 52.1%. 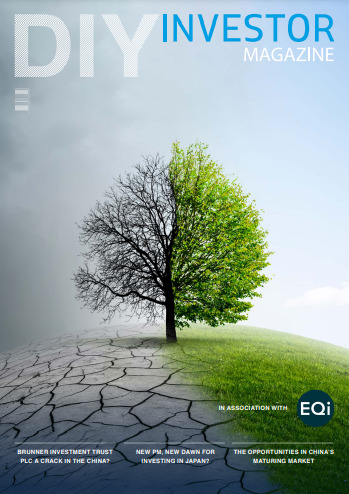 Pascal is a partner at Kepler Partners LLP and launched Kepler Trust Intelligence when he joined Kepler in 2015. Prior to this he managed FE Trustnet, one of the UK's largest investment research websites, for ten years. In a former life Pascal was a financial journalist and he has written extensively about investment trusts and other investments for the trade and national press.