OCI’s NAV announcement next month will update investors on what is a potentially high growth portfolio...
Sign up for our free weekly update
William Heathcoat Amory

This is a non-independent marketing communication commissioned by Oakley Capital Investments. The report has not been prepared in accordance with legal requirements designed to promote the independence of investment research and is not subject to any prohibition on the dealing ahead of the dissemination of investment research.

OCI has a portfolio exposed to companies that deliver products or services digitally in three sectors: technology, education, and consumer. In 2020 this could prove highly beneficial. As with many other tech-enabled businesses, digital growth trends have been hastened during 2020, which could be to the advantage of OCI’s portfolio companies. The upcoming trading update (to be announced on 27 January 2021) will provide more information for investors on progress. That said, the signs from comparators are good: equity markets are strongly ahead from 30 June levels (when OCI last provided a NAV) and other LPE trusts have reported strong valuation gains and realisation uplifts.

OCI trades at a big discount to the historic NAV, and to peers. We believe that its longer-term performance track record, its growth focus and exposure to businesses which deliver their goods and services digitally, as well as its significant cash balances which give it plenty of room for manoeuvre, mean that OCI deserves a premium rating to the average of its directly investing peers. The upcoming results should give more colour on how the portfolio has performed since June, and could show continued NAV growth. The portfolio is relatively concentrated, which does mean OCI could be exposed to disappointments. That said, if the strong performance over the first half of the year were to continue, it could be a catalyst towards a re-rating.

OCI specialises in growth companies that deliver their products or services digitally in three sectors: technology, education, and consumer. In the current portfolio, around 75% of portfolio revenues are ‘digital’. Of course, in 2020 this has likely proved beneficial: when the managers updated investors after the interim results (accessible here, and as at 30 June 2020), OCI’s managers stated that 12 out of their 15 companies are forecast to meet or beat their budget for 2020, or have returned to budgeted run rates in H2.

In our view, this should give investors reassurance that the majority of the portfolio should prove to have been resilient through 2020. As the table below illustrates, OCI’s strategy has led to strong historic NAV performance for OCI over the past five years when compared to the listed private equity trust peer group. Private equity (PE) as an asset class has a long history of outperforming public markets. We believe there are structural reasons why this should be so – highlighted in this article.

One major reason behind this outperformance is that fund structures in PE allow investors (and the managers of private equity backed companies) to take a long-term view. This is in contrast to the short termism often seen in publicly listed companies, many of whom focus on quarterly earnings announcements above all else. The other differences – which we examine in more detail in the article we link to above – include control (PE managers have significant influence over the strategy of their investee companies), choice of assets (many PE backed businesses exploit niches and markets that are not represented in stock markets) and growth prospects (PE backed businesses are usually in a rapid growth stage of their life cycle). In our view, these are all reasons why PE as an asset class should continue to outperform over the long run.

OCI will be updating investors on portfolio performance from 30 June to 30 December 2020 in a trading update, we understand scheduled for the announcement on 27 January 2021. The world has come a long way since 30 June, and we note that comparables for OCI (equity markets, and LPE peers) have seen strong valuation increases since 30 June. At the very least, this suggests OCI could have a positive tailwind for its NAV over the second half of 2020. At the same time, it is important to note that OCI has a relatively concentrated portfolio when compared to most other LPE trusts – which in itself presents risks and opportunities. Risks include the fact that poor performance from one company could significantly impact NAV returns. The opportunity is that performance on the upside can potentially deviate quite significantly from more diversified peers.

Over the six months to the end of December, most major indices are up by mid-teen percentages, and for those with a bigger technology bias, returns are in the low 20’s. Closer to home, looking at the LPE peer group, many trusts who have reported NAVs or earnings growth since 30 June have demonstrated a resilient performance. We note that these trusts generally have relatively low exposure to sectors which have been COVID-19 losers such as retail, travel, and energy. The table below shows that many directly investing LPE trusts have already reported strong progress from their portfolios since 30 June. The table below shows the portfolio and NAV performances of the directly investing peer group since this date.

The table above suggests that from a top-down perspective, if OCI was to perform in-line with peers that have reported already, the underlying portfolio may have advanced by 10% or more. Taking into account the fact that OCI has an investment level of 66% (34% of the NAV represented by cash), and a small proportion of the portfolio (8% as at 30 June) is USD denominated (USD has depreciated by nearly 10% relative to GBP since 30 June, whilst the EURO is broadly flat against GBP) this suggests that the NAV will have advanced by c. 6% all things being equal.

From a bottom-up basis, at the time of OCI’s interims, portfolio companies had reported strong growth in earnings, with average EBITDA growth of 17.5% reported for the 12 months to June 2020. Valuations also appeared not to be stretched. Overall, the portfolio was valued at an average EV/EBITDA multiple of 11.8x as at 30 June 2020. This multiple compares to that of HgCapital Trust (HGT), which reported recently that its portfolio (top 20 holdings) was valued at 20.9x as at 30/09/2020. Clearly HGT might be considered even more ‘tech’-heavy and it has exposure to different sectors, but this does highlight a big valuation gap between portfolios, and suggests at the very least that OCI’s is more conservatively valued.

There are also technical reasons why OCI investors might also be optimistic on the prospects for NAV growth over the second half of 2020. We understand that four of the five companies that OCI reported had outperformed in the first half of 2020 were all acquired in the last 12 months (WebPros, Ocean Technologies Group, Seven Miles and Contabo – representing 15% of NAV as at 30/06/2020). OCI’s policy is that its valuations remain at cost for the first 12 months. With three of these investments having been held for more than 12 months as at 30 December, if their outperformance has extended into the second half of 2020, there is potential for this progress to be reflected in higher valuations for the first time. The other company that OCI reported had outperformed in the six months to 30 June 2020 is CPG, which is a meaningful holding at c. 8.8% of NAV as at 30 June. It was revalued upwards at the end of June 2020 but, given how significant it is in terms of the overall portfolio, its subsequent performance will likely have a strong influence on NAV. It must be stated that valuation changes cannot be relied on, and it is possible that these companies could have had a harder second half of the year.

The three investments which have not fared so well from COVID-19 are Time Out, North Sails and Iconic Brand Co, which together amounted to c. 28% of NAV as at 30 June. It is worth noting that half of this exposure (14%) is represented by a loan made to North Sails. This clearly has a different risk profile to equity, and so we think that overall it is fair to say that OCI’s NAV exposure is significantly weighted towards those businesses which appear to be in a strong position in 2020.

Growth prospect, at a discount

Despite their strong NAV performances, for the last ten or so years listed private equity trusts have traded on wide discounts to NAV. This has not always been the case. Many LPE trusts (including OCI) traded at consistent premiums during the years prior to the Global Financial Crisis (GFC) of 2008/09. There are several plausible reasons why discounts have been so persistent since then, but few apply to OCI. For example, one reason commonly offered as an explanation for LPE discounts is that during the GFC, many LPE trusts found themselves overleveraged and destroyed shareholder value by having to launch rescue rights issues. Whilst OCI’s underlying businesses do use leverage, OCI does not. Indeed, as at 30 June, the portfolio constituted 34% cash – one of the highest levels of liquidity in the LPE sector which gives it plenty of flexibility.

In fact, there are signs that discounts to NAV for the directly investing LPE trusts are starting to narrow, perhaps reflecting their strong NAV performances during 2020. The directly investing peer group of Apax Global Alpha, HG Capital, NB Private Equity Partners and Princess trades on an average discount to their most recently published NAVs of 8.6% (as at 17/12/2020). By comparison, and as the graph below shows, OCI trades on a discount of 22% to the 30 June NAV. If we assume the NAV has made progress since then, the ‘live’ discount is even wider than this.

Login to read the full article 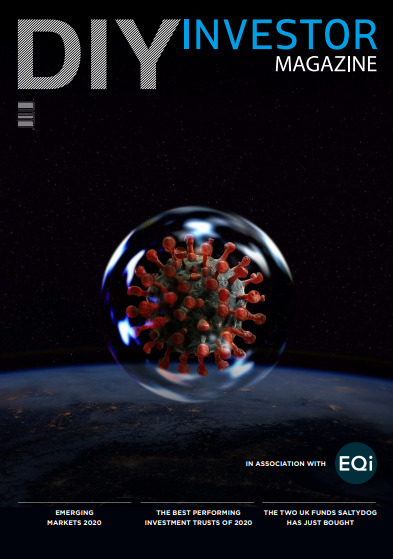