This is a non-independent marketing communication commissioned by Brown Advisory US Smaller Companies. The report has not been prepared in accordance with legal requirements designed to promote the independence of investment research and is not subject to any prohibition on the dealing ahead of the dissemination of investment research.

To achieve long-term capital growth by investing in a diversified portfolio primarily of quoted US smaller and medium-sized companies.

On 10/05/2021 Jupiter US Smaller Companies announced its corporate name change to Brown Advisory US Smaller Companies PLC. The change of name was approved by shareholders at the General Meeting on 6 May 2021, and the Company has received final approval from Companies House to effect the change.

Jupiter US Smaller Companies (JUS) will be renamed Brown Advisory US Smaller Companies (BASC) in mid-May, subject to shareholder approval, after the mandate was taken over by the new manager on 1 April 2021. Chris Berrier heads up the Brown Advisory US Small Cap Growth team, and is the new lead manager. He has run the same strategy in the open-ended space since 2006, which has outperformed both the small cap Russell 2000 index and the Russell 2000 Growth. As discussed in performance, the Brown Advisory US Small-Cap Growth strategy’s performance over the past five years has been particularly strong, and it has continued its longer-term trend of generating above-market returns with below-market levels of risk.

Chris’ strategy is essentially a quality growth approach. He aims to find companies that can demonstrate consistent growth ahead of the market over the long run, typically via opening up a new market, dominating a niche, or having a differentiated business model or product. This is encapsulated by the proprietary concept of ‘3G’ – growth, governance and go-to-market, as discussed in performance.

The growth strategy is a departure from the value strategy implemented by the former manager, who announced his retirement last October. While most trusts in those sectors have since seen their discounts narrow, JUS’ discount remains wider than the sector averages at 5.9%. The only US small-cap peer is trading on a small premium.

As a part of the new management contract, the board has negotiated a fee cut, with the management fee falling by 5bps, and a tiered system introduced which will see it fall further as and when net assets grow. The trust does not pay a divided.

We think US small caps are at a potentially exciting entry point, with the progress of the vaccination programme, and state re-openings, giving the domestic US economy a boost. The coming stimulus package of the Biden administration should boost economic activity further, which should be disproportionately felt in the more domestic-facing small caps. Over the past few years, large caps have outperformed small caps, a ­­reversal of the long-run tendency in the US. Regulatory pressures on the large-cap tech stocks, as well as high valuations in some areas of the market, give reasons to doubt this trend will continue.

The arrival of the Brown Advisory US small-cap growth strategy into the closed-ended sector could therefore prove to be well-timed. Chris and the team bring with them an enviable pedigree, with long-term outperformance of their style index as well as the small-cap index, most impressively achieved with relatively low risk.

In our view, this has opened up a potentially interesting discount opportunity in the shares. The one US small-cap peer, JPMorgan US Smaller Companies (JUSC) is trading on a 3.5% premium while JUS is trading on a 5.9% discount. Yet the Brown Advisory US Small Cap Growth strategy has outperformed JUSC in recent years, and offers similar stylistic exposures. We think some unfamiliarity with the new manager, some delayed impact of the poor performance of the old manager, and the news of the manager change not spreading has led to this disparity. 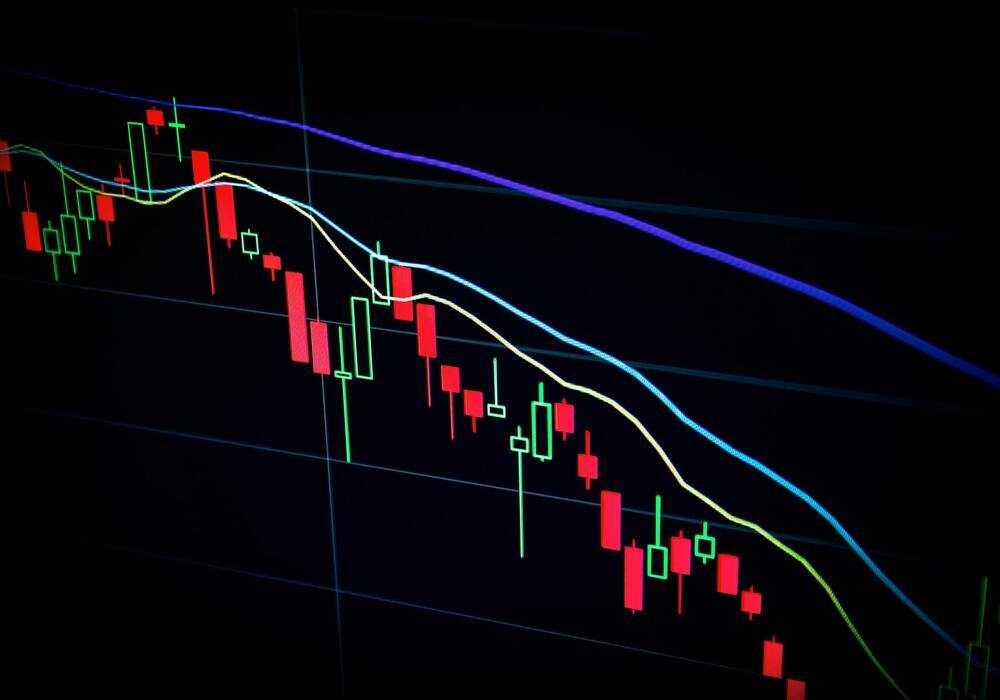 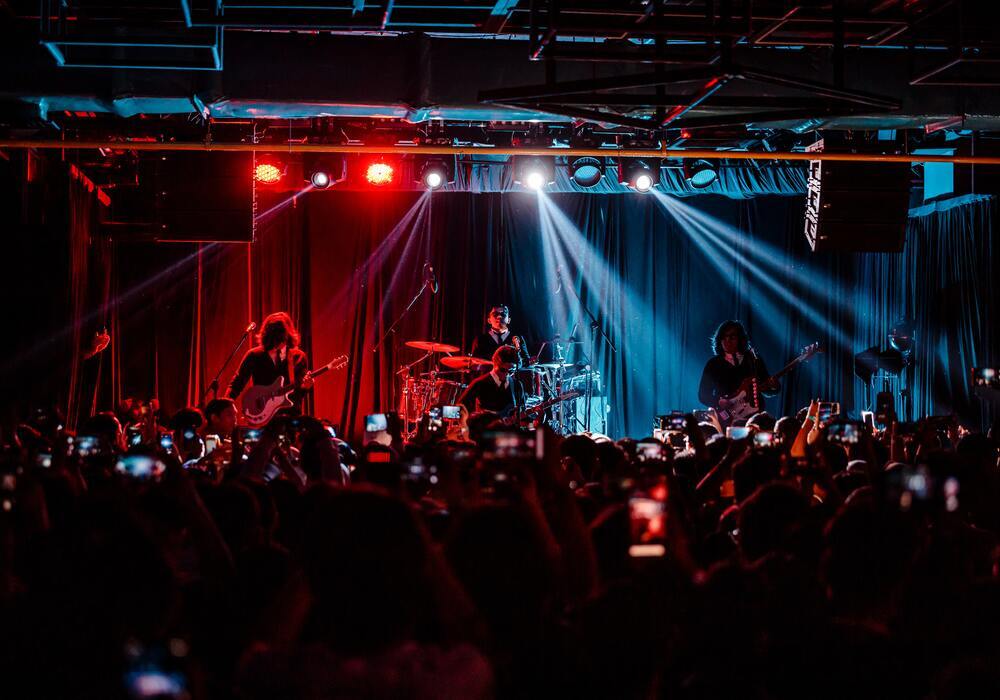 01 Jul 2022 Fund Analysis
BASC’s wide discount could prove an interesting long-term entry point…
17 Mar 2022 It's the end of the world as we know it
We examine five potential themes for investors seeking long-term returns in a troubled and uncertain world...

26 Nov 2021 Fund Analysis
BASC has performed strongly under its new manager…
17 Nov 2021 How Do You Like Them Apples
Judging whether the US market is expensive is not as easy as many make it out to be…
02 Nov 2021 Results analysis: Brown Advisory US Smaller Companies
BASC has made a solid start under the new manager, generating significant outperformance….
06 Oct 2021 Slides and Audio: Brown Advisory US Smaller Companies
Download the presentation and listen to the audio from our 'Now that's what I call a discount!' Autumn conference on 30 September...
29 Sep 2021 Quick out of the blocks
Following a change of management earlier this year, Brown Advisory US Smaller Companies has recorded a strong start under its new leadership. Here, we profile some of the companies that have driven this momentum…
23 Sep 2021 Now that's what I call a discount 2021!
For the second year running we examine trusts on discounts which, in our view, don't make sense...
15 Sep 2021 Bargains galore
We review our discounted opportunities portfolio, with one constituent rallying more than 30% in just two months…
24 Jun 2021 Sizing up US smaller companies
Knowledge is power when it comes to investing in US smaller companies. In this article we examine the way US asset manager Brown Advisory leverages its networks to gain an informational advantage…
18 May 2021 Allow us to reintroduce ourselves
Following a bold decision by its board, Jupiter US Smaller Companies is now known as Brown Advisory US Smaller Companies. Here, we introduce the new manager and explore the US based firm’s stellar track record in the space…
30 Apr 2021 Slides and Audio: Jupiter US Smaller Companies
Our research team at Kepler Trust Intelligence hosted a Q&A webinar with Chris Berrier, the new lead manager of the trust at Brown Advisory...

28 Apr 2021 Fund Analysis
JUS’s new manager brings a new strategy, and scope for the discount to narrow…
22 Apr 2021 FAANGs for the memories
The massive outperformance of mega-cap tech last year could become a thing of the past if anti-trust legislation and negative sentiment starts to bite...
09 Dec 2020 Flash update: Jupiter US Smaller Companies
Brown Advisory has been appointed to manage Jupiter US Smaller Companies, utilizing their small cap growth strategy…
14 May 2020 Sea change
While global giants like Amazon still hold the weather gauge, we examine the long term prospects for a shift in the prevailing wind...
11 Sep 2019 Nanny knows best: how regulation is influencing returns
New research suggests disruption is threatened by increased regulation, with clear consequences for investment strategists...

14 May 2019 Fund Analysis
Jupiter US Smaller Companies Trust, run by Robert Siddles for the past 18 years, looks to invest in the areas of the market that lacks positive sentiment...
31 Oct 2018 The Trump effect
Two years after the shock election of Donald Trump, we take a look at what the Trump administration has really meant for US markets and the trusts that invest in them...

30 Oct 2018 Fund Analysis
Performance has been dull over the medium term, however, 2018 has seen an extraordinary turnaround for the trust...