Why companies should embrace chaos

The nimblest firms are often those that don’t fight disorder but embrace it. Gary Robinson, co-manager of Baillie Gifford US Growth Trust and Baillie Gifford American Fund, takes lessons from a pioneer of controlled chaos...
Save Article Download

This is a non-independent marketing communication commissioned by Baillie Gifford. The report has not been prepared in accordance with legal requirements designed to promote the independence of investment research and is not subject to any prohibition on the dealing ahead of the dissemination of investment research.

The value of an investment in the fund, and any income from it, can fall as well as rise and investors may not get back the amount invested.

The stereotype of a successful chief executive is a domineering figure who makes all the big decisions and demands staff execute them a prescribed way.

But in the early 1990s, Dee Hock, the founder of the Visa credit card association, warned that tyrannical, command-and-control leadership was more likely to strangle good ideas than give them air.

Hock urged forward-thinking bosses to make their organisations ‘chaotically-ordered’ or, in the word he coined, ‘chaordic’. Aged 92, he continues to blog on the topic.

“In chaordic organisations, the job of leaders is to inspire people by creating a compelling sense of mission and purpose,” says Gary Robinson, who came across Hock’s writings while researching the payments industry.

This involves setting broad principles and getting people to buy in to them.

But afterwards they need to “get out of the way and give people the autonomy” in order to innovate, Robinson adds.

“By chaos, what [Hock] means is really a willingness of leaders to let go and allow individuals the freedom to experiment and to make things happen.”

The Industrial Age favoured autocratic, hierarchical institutions. But more than 200 years later, the same model does not suit an increasingly global, complex and diverse world in which technological innovations are driving rapid change.

Hock himself warned that a temptation to rule by diktat could lead to disaster.

“Simple, clear purpose and principles give rise to complex and intelligent behaviour,” Hock once said.

“Complex rules and regulations give rise to simple and stupid behaviour.”

Hock began developing his theory in the late-1960s. He had been charged with improving interbank connections following Bank of America’s move to license its credit card network to other lenders.

He discovered huge fraud losses and other inefficiencies resulting from each bank having negotiated its own contract, and clashing dispute resolution systems.

There was chaos, but not of the ordered kind.

Hock pursued a strategy whereby each bank retained its independence while also agreeing to put in place operating procedures based on a common set of principles.

“The fact that Dee Hock was able to bring together over 200 independent competing institutions to sign up, not only to a set of principles but also to the future evolution [of what would become the Visa payments network] was frankly astounding,” Robinson says.

The chaordic model can now be seen at play in some of the world’s most successful organisations.

Robinson cites Amazon, a company Baillie Gifford first invested in back in 2004.

He points towards its ‘two-pizza rule’: Jeff Bezos’ call for project teams to be limited in size to the number of people that can be fed by a pair of large pizzas.

Each team manager still needs to observe the company’s Leadership Principles. But they are then given a high degree of autonomy to deliver, without the need to waste time and effort communicating their choices to a wider group.

“[It] has enabled Amazon to maintain its pace of innovation and stay nimble, even at the huge scale it’s at today,” says Robinson.

“Amazon talks about the difference between speed and velocity,” he explains. “You can have lots of speed, but it isn’t productive because there’s no direction. Velocity is about both speed and direction.”

Robinson says the cloud communications platform Twilio, which Baillie Gifford has also invested in, is another exemplar.

The idea being to communicate shared vision and purpose, with rules used to encourage autonomy rather than as a control mechanism.

“Without guardrails, people won’t know how to make decisions, and leaders will tend to second-guess them constantly,” Lawson wrote in his book Ask Your Developer.

“By creating rules, you paradoxically set people free – in the space between guardrails.”

Robinson suggests that Baillie Gifford itself is a chaordic organisation.

Its investors share a common belief about taking long-term five to ten-year perspectives when making decisions. This adds value for clients, helps support the companies it takes stakes in, and benefits society as a whole.

“I think one of the strengths of Baillie Gifford is that when a team comes up with a great new idea, it’s often picked up by other teams around the investment floor and copied and then percolates across the organisation organically,” Robinson says.

“But there’s no one telling teams exactly how to go about investing.”

Hock himself continues to write on the subject, recently suggesting that Covid-19 exposed the “simplistic, mechanistic, command-and-control concepts of organisation” that led governments to fumble their response to the health crisis. After that “wake up call,” he suggests, the benefits of a chaordic approach beyond the business world have become clearer.

If you’d like to learn more about Baillie Gifford’s thoughts on chaordic organisations, tune into our podcast, Short Briefings on Long Term Thinking. You can find the podcast at bailliegifford.com/podcasts or subscribe at Apple Podcasts, Spotify, or on TuneIn.

This article contains information on investments which does not constitute independent investment research. Accordingly, it is not subject to the protections afforded to independent research and Baillie Gifford and its staff may have dealt in the investments concerned.

This communication was produced and approved in June 2021 and has not been updated subsequently. It represents views held at the time of writing and may not reflect current thinking.

Investment markets and conditions can change rapidly. The views expressed should not be taken as fact and no reliance should be placed upon these when making investment decisions. They should not be considered as advice or a recommendation to buy, sell or hold a particular investment.

Investments with exposure to overseas securities can be affected by changing stock market conditions and currency exchange rates. The US Growth Trust’s exposure to a single market and currency may increase risk.

A Key Information Document is available at bailliegifford.com. 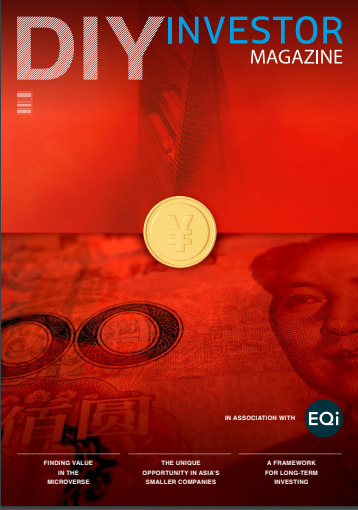