Securities Trust of Scotland is a global equity income fund which aims to deliver a rising income and long-term capital growth from a portfolio of global equities. The trust pursues these returns via a focused portfolio of 35-55 stocks investing in large quality companies all around the world, with an unconstrained approach.

The trust is managed by an experienced specialist income team led by Mark Whitehead who joined the group from Sarasin as head of equity income in late 2015, taking the reins at STS in early 2016. The income team was formed on arrival and is now bedded in.

Mark employs a bottom-up, stockpicking approach and aims for the portfolio to have a high ‘active share’ whilst also seeking to generate better risk adjusted returns than the market before gearing is taken into account. He favours companies that are able to demonstrate strong free cashflow which he believes translate to sustainable earnings growth.

The trust yields 3.5%, putting it just ahead of the average for the AIC Global Equity Income sector in which it sits (3.4%), using derivatives – mainly put options – to generate additional portfolio income.

Income has become a core focus for Martin Currie in recent years and Mark’s appointment was one of a number of significant changes to the way in which Securities Trust of Scotland seeks to achieve its objectives.

In 2015 the board announced plans to allow the trust to support the dividend by drawing from the capital account, allowing it to harvest some of the returns generated by share price growth and convert that to an income payable to its investors.

The trust also chose to stop following a benchmark index – the MSCI World High Dividend Yield index – and is now free to follow an unconstrained approach. The manager is now free to pick the stocks that the team identify as the best ideas; quality companies from around the world that are investing for growth and which they believe can pay a sustainable, growing dividend stream in the future.

Finally, the board agreed new gearing arrangements, giving the trust a bigger arsenal in terms of available borrowings, and covering the cost of the derivatives which the new manager now uses.

The trust has an unconstrained approach and begins with a potential investable universe of more than 2,000 stocks. To narrow this down the management team, led by Mark, seeks out companies which can demonstrate good return on invested capital (ROIC), focusing on those that are in the top two quartiles in terms of ROIC. This is not a ‘hard’ screening system and the team may look outside those quartiles when they choose, but it helps to narrow the focus on those companies that display this metric – which has a strong correlation with share price performance.

The trust is relatively focused with a portfolio of 45 holdings, but well diversified within that context with only 32% of the portfolio concentrated within the top ten holdings. In terms of the companies in which it invests, the trust is dominated by large and very large companies, generally not below $5bn in terms of their market capitalisation, but since his appointment as lead manager last May, Mark has been looking for opportunities among smaller market caps – which he believes will help to differentiate the trust from its open ended peers (open ended funds in this field tend to avoid less liquid, smaller companies).

The United States forms the largest single regional weighting (55%) while Europe (18%) and the UK (11.4%) form the next significant holdings, but these are not fixed. The trust is unconstrained and this significant US weighting could, according to the manager, quite easily fall by as much as 20% if conditions demanded it. Mark says the US has been an excellent hunting ground for profitable businesses, but is increasingly expensive, and earnings must catch up in order to justify current valuations. He sees increasing value in Europe and, in particular, the UK where the impact of Brexit has caused huge de-ratings for domestically focused businesses.

The trust has smaller exposures in Asia, Emerging Markets and Japan. Currency exposure is not hedged.

In sectoral terms the portfolio is broadly diversified. The manager has recently been increasing his exposure to technology where – as tech businesses continue to mature – dividends and consistent cash generation are increasingly common. He recently picked up holdings in Taiwan Semiconductor Manufacturing Company (TSMC) and has built a stake in Apple, a business which he thinks remains significantly undervalued given the astronomical free cashflow it generates.

Since Mark’s appointment the trust has delivered NAV returns of 21.2%, in line with the MSCI World High Dividend Yield index, but slightly behind the Morningstar IT Global Equity Income index. In share price terms performance has been much better, as the trust’s discount has come in sharply in the last twelve months.

Banking stocks have leapt forward in the last six months and the trust’s exposure here has been beneficial. Financials make up 16% of the trust’s portfolio, and at a stock level US bank Huntington – a provincial bank which had been deeply unloved – has been a significant contributor to performance. Banca Generali, an Italian bank, has also supported the trust’s returns – its shares were up 30% in Q4 2016.

On the downside, the trust’s focus on free cashflow means that it struggles to invest in deep cyclicals – where free cashflow is thin on the ground – and the manager says this has meant it has missed out on some of the upside generated in the last twelve months by this type of company, particularly the big miners which have bounced back so strongly.

The trust uses derivatives to support income generation but low volatility in the S&P has made the task more difficult, nonetheless the manager estimates that around 8% of the trust’s annual income has been generated by writing options during the seven months that the strategy has been in place.

Longer term, the trust has delivered fairly pedestrian results, but given the wholesale change that has taken place under the new manager's stewardship, paying heed to this record may be of limited use.

The trust paid a total dividend of 5.8p in 2016, equivalent to a yield of 4.3%, in quarterly instalments. The board announced last year that the dividend would be 18% higher than the previous year, and that a large chunk of it would be paid from the trust’s revenue reserve.

Looking ahead, the manager believes the dividend will be maintained with the help of the new derivatives strategy and the ability to pay income from capital. Longer term, he says the plan is to generate a sustainable income from the portfolio that covers the dividend and allows the trust to begin rebuilding its revenue reserve, which currently amounts to around one quarter’s worth of dividends.

Mark Whitehead took control of the trust in May 2016, having joined Martin Currie as head of equity income in late 2015. Mark, who has 18 years’ experience, leads a team of seven including four managers – one of whom is former manager Alan Porter, who remains heavily involved in the day-to-day management of the fund.

The team is exclusively focused on income and works in a collaborative fashion, discussing new stock ideas early in the development of an investment case to avoid the temptation of a ‘big reveal’ approach. The team sits together and meets formally once a week, and has access to a ‘cross floor’ meeting for the whole Martin Currie investment team, which takes place every day.

The trust has access to a gearing facility which provides £25m in borrowings, having recently locked in a new credit facility which increases potential structural gearing from its previous level of £17m, which can be invested as the managers see fit. Recently the managers also agreed a new £10m overdraft style facility that they will use to ‘cover’ some of the derivatives they write to support portfolio income, a move which underlines the board’s commitment to using the advantages that the investment trust structure provides.

Gearing sat at 11% as at the end of January and, in keeping with its structural nature, has not moved much over the course of the year.

Securities Trust of Scotland has seen its discount come in from its widest point in 2016 of more than 9% to its current level of around 3%. A discount management policy is in place which sees the board buy back shares at around NAV if they trade at a discount beyond an average of 7.5% for the 12 weeks prior to the trust’s financial year end, and the £192m trust has bought back its own shares to hold in treasury on a number of occasions in the last twelve months – though in real terms total shares in issue have not dropped significantly.

The trust has a management fee of 0.6% and the latest ongoing charge figure available puts it at 1%, which makes it one of the more expensive offerings in the sector where the average OC is 0.6%. It does not, however, have a performance fee - unlike four of its peers in the ten strong sector. 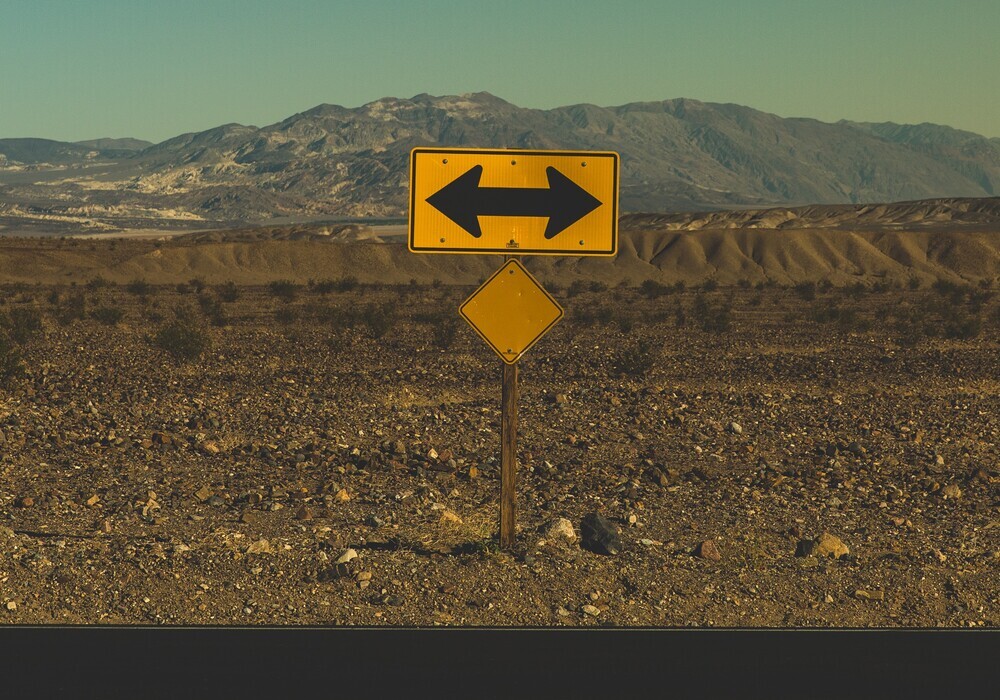 11 Feb 2022 Fund Analysis
A high conviction, high-quality approach to global equity income investing…
09 Feb 2022 The dividend dilemma
We examine the trade-off between earning a current high dividend yield and growing future dividends...
09 Dec 2020 Flash update: Securities Trust of Scotland
We look at the recent change in management of STS and what it means for investors…

23 Jan 2019 Fund Analysis
Securities Trust of Scotland (STS) is a broadly diversified global equity income portfolio offering a solid yield of 3.8%...
31 Dec 2018 Ladies, gentlemen and non-binary persons, start your engines…
With Britain only months away from the bright, sunlit uplands of Brexit and America officially ‘great’ again, we present our best ideas for what looks set to be a fascinating year…

29 Nov 2018 Fund Analysis
A broadly diversified global equity income offering with an above average yield of 3.8%, on a very wide discount relative to its peers...
02 May 2017 I'm not interested in 'me-too' portfolios...
We meet Martin Currie's head of income Mark Whitehead and ask how he is helping to shape the group's equity income strategy...

22 Feb 2017 Fund Analysis
22 Feb 2017 Into the wilderness
As the West heads deeper into uncharted territory, we examine the way in which global fund managers are positioning in the face of vertiginous valuations and seismic political change...
21 Feb 2017 Don't wanna be an American idiot
We highlight various routes to US exposure for those who are not sure how much faith they place in the 'Trump Bump'...
13 Oct 2015 Global funds for income, growth and stormy weather
We compare investment trusts and funds across five global equity sectors, and highlight four of the best...