This is a non-independent marketing communication commissioned by Majedie Investments. The report has not been prepared in accordance with legal requirements designed to promote the independence of investment research and is not subject to any prohibition on the dealing ahead of the dissemination of investment research.

To maximise total shareholder return whilst increasing dividends by more than the rate of inflation over the long term.

Majedie Investments (MAM) aims to maximise total shareholder return while increasing dividends by more than the rate of inflation over the long term.

The portfolio is divided into six funds, all of which are managed by the well-respected boutique fund managers at Majedie Asset Management. MAM was launched in 2002 using finance provided by the investment trust and was led by a team that previously worked at Mercury Asset Management and Merrill Lynch. The strategy was to manage UK equities on behalf of institutional clients, but this has since been broadened to include global equities and an absolute return strategy, and clients now include wealth managers and endowments alongside institutions. The trust has a 17.1% stake in the privately-owned asset management company itself, which as of 31 March 2019 had £11.6bn of assets under management and makes up 27.5% of NAV (as at 30 June 2019).

The team at MAM uses a bottom up, fundamental research-based approach and a high emphasis is placed on risk aversion. When considering investments, the various investment teams look to extract the maximum return per unit of risk taken and try to understand how the holding will hold up in different market environments. As an illustration, over the past year the trust has the lowest down capture ratio, at 46.32, in the AIC Global sector, and a standard deviation of 10.86 relative to the sector average of 16.9, when excluding the effects of the holding in MAM.

Since the revamp of the trust in 2014, performance has been a tale of two halves. In the two years leading up to the 2016 European Union membership referendum, the trust delivered NAV returns of more than 50%, outperforming the MSCI World Index (49.9%), AIC Global peer group (41.7%) and the IA Global peer group (36.3%). However, the referendum result hit the trust hard, principally due to its large exposure to the UK and the cautiously positioned absolute return fund. Since then, the trust has struggled relative to global peers as investor sentiment towards Britain has soured. Over the past three years, the trust has delivered returns of 23.4% relative to 58.5% from the MSCI World, 69.4% from the AIC peer group and 52.3% from the IA peer group. With this said, the Global underlying funds have performed strongly relative to their respective benchmarks.

Alongside capital growth, dividend growth is an important part of the trust’s investment proposition. The board re-set the dividend in 2014 and, since then, shareholders have seen compound progression in excess of 10% p.a. Currently, the trust is yielding 4.7%, comfortably the highest yield in the Global sector, where the weighted average is 1.3%. In fact, it is the second-highest yield of any trust in the AIC Global Equity Income sector. As of the most recent annual report, the trust retains historic revenue reserves of close to £26m.

Currently the trust is trading at a discount a little over 18%, considerably wider than the sector weighted average of 0.2%.

Find out more about Majedie Investments contrarian views on the UK...
Kepler View

Majedie has been self-managed since becoming an investment trust in 1988, initially employing fund managers before bringing management in-house in 2014. Currently trading on a discount of more than 18%, this moment in time presents investors an opportunity to enter a trust that is well positioned for an increase in global market volatility or even possibly a global downturn. In particular, we believe the Tortoise holding, which offers investors steady capital growth, will become an attraction for investors seeking a more defensive route to global equity exposure. The defensive positioning of the long-only funds should also provide downside protection.

Alongside a lower beta approach, the trust offers investors an attractive yield of 4.7%. On top of this, the company has revenue reserves to continue paying out an increasing dividend regardless of economic conditions.

Admittedly, performance in recent years has been muted relative to the trust’s AIC and IA peers; however, this is largely due to the trust’s overweight exposure to the UK given the macroeconomic and political uncertainties following the referendum. When comparing the underlying funds to their benchmarks over the past year, half have actually generated positive levels of alpha and, four out of the six funds have achieved this over five years. This clearly illustrates that, should we see some of the uncertainty subside, there is little reason to believe the trust should not see its discount narrow. 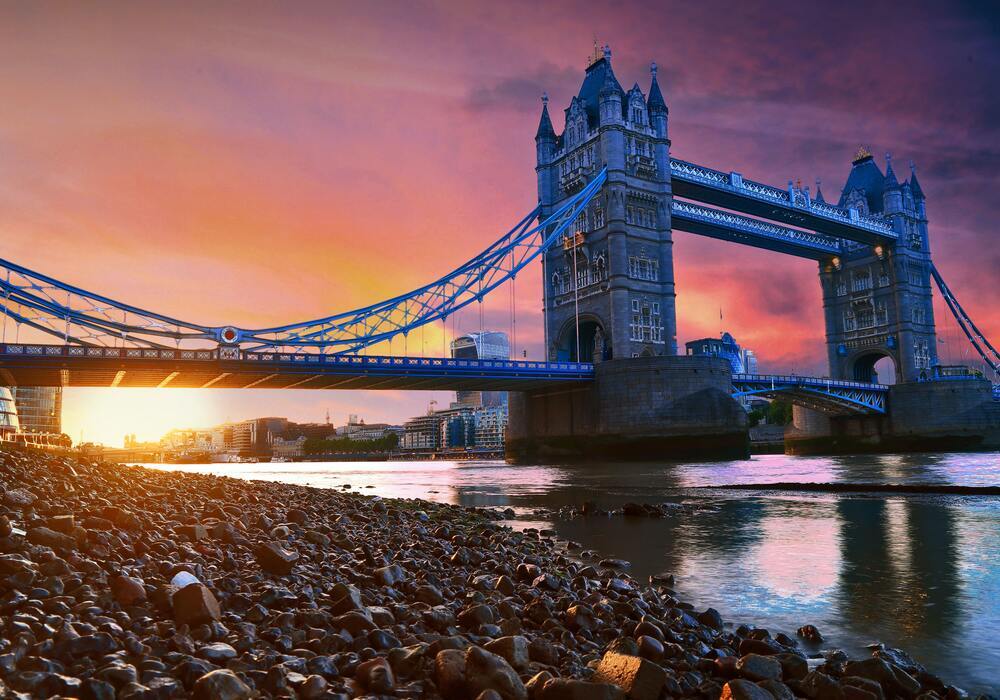 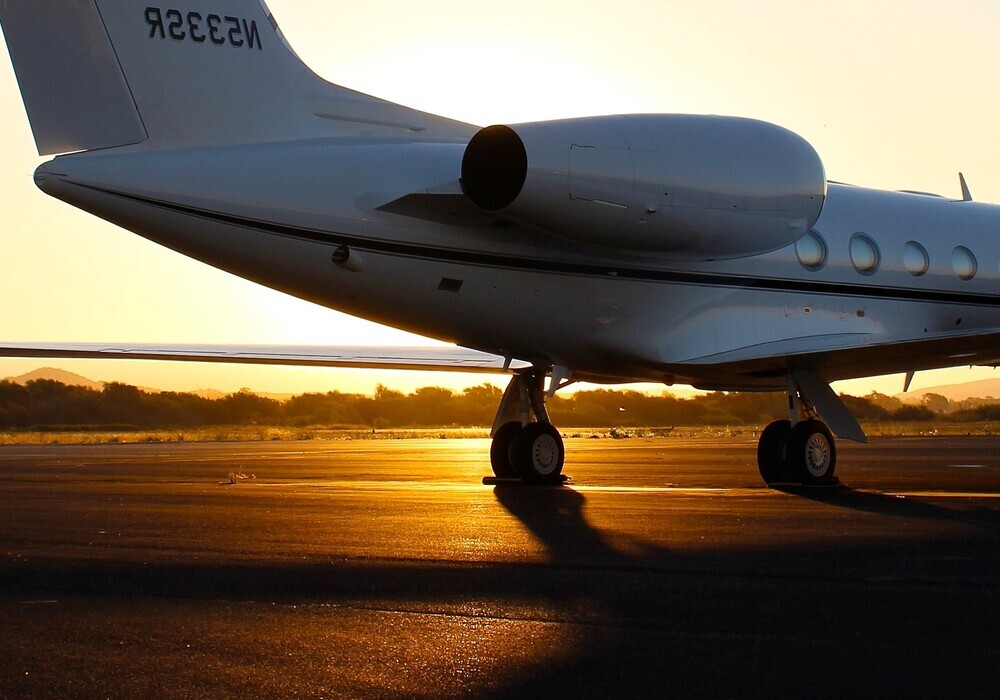 A better class of travel*

08 Jul 2021 London Calling
UK equities represent a ‘once in a generation’ opportunity according to the managers who joined us at our event last week…
16 Jun 2021 A better class of travel*
Sharing many features of a traditional family office, investment trusts offer a sophisticated, cost effective solution for managing family wealth...

22 Apr 2021 Fund Analysis
MAJE’s performance has been strong in the reflationary rally, but its discount remains wide…
10 Mar 2021 Spring Conference '21
Audio and presentations from 21 of the UK’s leading investment trust managers…
04 Mar 2021 Slides and Audio: Majedie Investments
Download the presentation and listen to the audio from our 'Ideas for your ISA' Spring Conference on 02 March...
10 Dec 2020 Results analysis: Majedie Investments plc
We examine the potential for MAJE if sentiment toward the UK improves in 2021…
25 Nov 2020 Britannia Redux
UK equities have been despised for almost five years and could offer extreme rebound potential…

03 Sep 2020 Fund Analysis
Improving performance in 2020 and a historically wide discount that values the holding in MAM at zero offer an attractive entry point...
03 Sep 2020 Eating their cooking
Our analysis suggests that asset management businesses owned by the trusts they manage are on less demanding valuations than their listed equivalents...
10 Mar 2020 Kepler Spring Conference: presentations and audio
Audio and presentations from our spring conference at The May Fair Hotel last week…

12 Aug 2019 Fund Analysis
Majedie Investments (MAM) offers a solid income combined with a diversified allocation to a range of funds....
06 Feb 2019 Income for the long haul
With 'ISA season' looming we identify investment trusts which offer long-term, dependable income streams for yield-hungry investors...
06 Dec 2018 Results analysis: Majedie Investments
A brief review of Majedie investments 30 September final results, announced 5 December 2018...
22 Aug 2018 Reassuringly expensive?
Some investment trust premiums have been stretched to eye-watering levels. Have investors been enjoying themselves in the sun too much? We try to rationalise current levels and suggest alternatives...

18 Jul 2018 Fund Analysis
Majedie Investments aims to maximise total return whilst increasing dividends by more than the rate of inflation over the long term...

17 Apr 2018 Fund Analysis
A highly differentiated trust which aims to increase dividends by more than the rate of inflation, offering exposure to a number of funds which have limited capacity and would otherwise be out of bounds...

06 Dec 2017 Fund Analysis
RESULTS: The trust increased its dividend by around 11% last year, and currently yields 3.5% - far more than any other trust in its sector - but the discount remains wide...
View all
Also featured in
Events

A better class of travel*