This is a non-independent marketing communication commissioned by Impax Environmental Markets. The report has not been prepared in accordance with legal requirements designed to promote the independence of investment research and is not subject to any prohibition on the dealing ahead of the dissemination of investment research.

The trust aims to enable investors to benefit from the growth anticipated in resource efficiency and environmental markets, with a focus on the markets for cleaner and more efficient delivery of the basic services of energy, water and waste.

By being specialists in niche areas, Impax often find themselves very familiar with the investment universe and already fully invested, at a point that a “new” investment theme arrives on the horizon for mainstream managers. As such IEM offers exposures that are unlikely to be found in a material way in any generalist global funds or trusts

One such company, held at launch and in the portfolio today is Tomra. Tomra is now the dominant supplier of machinery to tackle the “war on plastics”. Reverse Vending Machines (RVMs) are probably the only way for countries to achieve EU targets for 90% recycling under the EU Plastics Strategy. Tomra’s R&D efforts have meant that they are now world leaders in robotic vision and sensing equipment, which has seen them expand their end markets significantly.

Tomra is a good illustration of how Impax invest ahead of the crowd. As at 31st Dec 2006 Impax was the 16th biggest investor in the company, at a point when 34.9% of the company was held by “foreign” (ie non-Norwegian) entities. As at 31st Dec 2017, Impax was the tenth biggest investor and 77.3% of the company was owned by “foreign” entities. We believe this underlines how IEM provides a very differentiated exposure, and will complement most existing funds in an investment portfolio.

IEM has been a strong performer for much of the last five years. The NAV has performed relative to the MSCI ACWI, but also relative to global generalist peers in the investment trust and open-ended sectors. Until January this year, the trust was outperforming both the benchmark and peer groups. However, during 2018 IEM has struggled thanks to a combination of small cap underperformance (especially a lack of large cap tech), being overweight industrials and no healthcare, as well as being underweight $US. The portfolio has also experienced weakness in the lighting and water utilities sectors which have contributed to the benchmark headwinds.

IEM recently adjusted its gearing arrangements, replacing a flexible revolving credit facility with a fixed rate loan. It now has a five-year fixed rate loan of £15m and US$20m, with interest rates on the loans of 2.910% and 4.504% per annum respectively. The current level of net gearing is 4%, according to Morningstar.

IEM’s rerating continues. It would seem that investors have finally sat up and taken notice of the excellent performance and differentiated proposition. Having bought back 10m shares over the first half of 2017, the board have not had to enter the market since then. The discount has narrowed in considerably of its own accord, and the shares now trade at a premium to NAV of 2.3%.

IEM is a highly differentiated mid and small cap trust, offering exposure to niche businesses around the world which are unlikely to be found in a material way in other funds held in a portfolio. The managers have carved out a niche in an area that demands expertise. The performance over the last few years has shown the benefits of investing ahead of the curve, and taking a long term, low turnover approach.

The ever-increasing focus on resource efficiency and tighter environmental regulations applied around the world show no signs of slowing down, and Impax’s portfolio should be well positioned to benefit from disruption and innovation across a range of sectors and industries. As we have seen in the recent performance, the portfolio has a cyclical tilt, which introduces some risk according the trajectory of the global economy. However, the managers remain optimistic on their companies continuing to deliver stronger earnings growth than the wider market, and expect continued M&A activity within the sectors they favour. 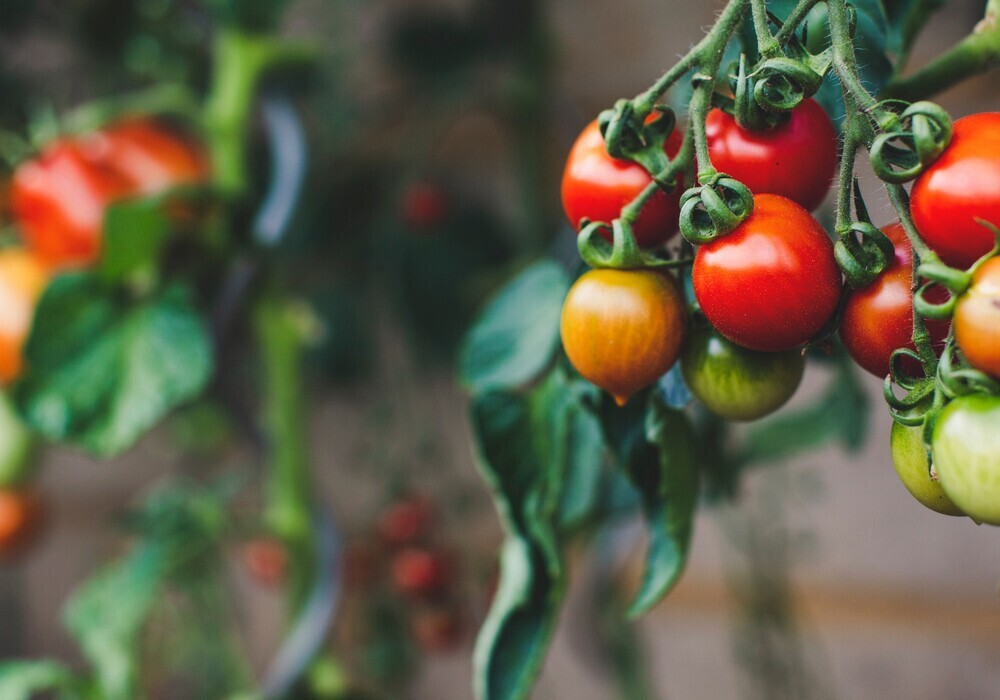 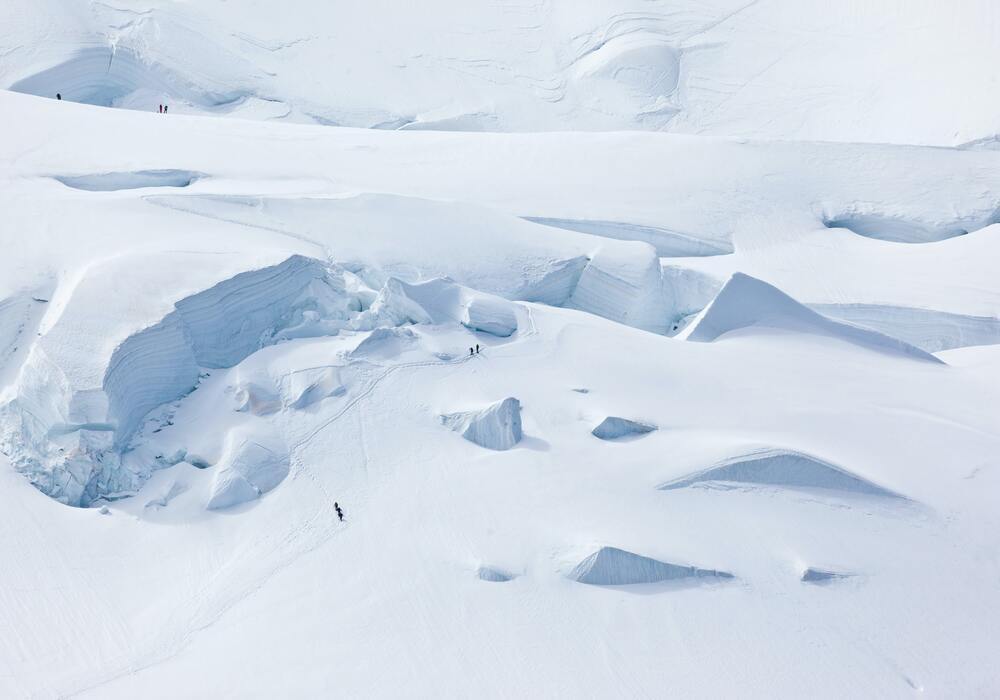 08 Mar 2022 Fund Analysis
IEM’s very high premium has eroded, offering a potentially attractive entry point for long term investors…
24 Nov 2021 Holding back the tears
While the final text of COP26 fell short of what many had hoped for, the writing is on the wall for fossil fuels and, from an investment perspective, the age of sustainability has only just begun…
27 Oct 2021 Gone with the wind
One of our analysts looks at the implications of the shocking rise in energy prices and the opportunities it highlights for investment trusts...

26 Oct 2021 Fund Analysis
Momentum behind IEM’s performance appears strong, but this is reflected in the premium rating...
10 Jun 2021 Green is good!
2021 will see billions dedicated to sustainable initiatives, which brings with it a host of possible investment opportunities...

01 Apr 2021 Fund Analysis
IEM’s valuation-led approach to growth investing has delivered strong returns through cycles...
24 Feb 2021 Dire Straits or Money for Nothing?
With the sector having seen discounts narrow like never before – our analysts debate whether a premium is a price worth paying…
04 Feb 2021 Eurovision 2021
Eight charts to guide investors through Europe...
20 Jan 2021 Kepler's top-rated investment trusts for 2021
We update our annual quantitative ratings for investment trusts…
16 Dec 2020 My haven’t you grown!
How sustainability has gone from zero to hero in 2020…

02 Dec 2020 Fund Analysis
2020 has been IEM’s year, and the future looks bright too…
15 Oct 2020 Nice guys finish first
ESG has moved from hippy pipe-dream to corporate mainstream, but what is it really and where do we see opportunities?
26 Aug 2020 Trump v. Biden
Two of our analysts debate who will win the US election and what that means for markets…
20 Aug 2020 Weathering the storm: Impax Environmental Markets
Reporting results for the six months ending June 2020, IEM has continued to attract new investors even during the Coronavirus crisis and could soon face capacity constraints…
21 Jul 2020 A game of four quarters
Seven trusts, two quarters. Are our team still happy with their trust picks for 2020?
09 Jul 2020 The next big thing: two mega-trends that everyone should own
Tech has beaten almost everything hands down – but nothing lasts forever. Where else should investors be looking for secular growth themes?

01 Jul 2020 Fund Analysis
Strong demand for IEM’s unique offering, means it continues to issue shares and grow...
25 Mar 2020 Of mice and men
Our ‘best laid plans’ have somewhat ‘gang aglay’ since the KTI team put forward its best ideas for 2020 in early January…
02 Jan 2020 Crystal Balls
Drunk on our success in choosing funds to perform well in 2019, the team at Kepler Trust Intelligence is back at the table with a glint in its eye…

19 Sep 2019 Fund Analysis
IEM invests in companies which are helping the transition from depletive models to sustainable ones…
19 Sep 2019 Rebels no more...
Climate change and sustainability is now mainstream - we launch ESG analysis into all of our fund research…
03 Apr 2019 Nice guys finish first
We review the rise of ESG, its impact on investment trusts, and the various ways ESG has evolved in the trust world...
03 Apr 2019 ESG: Impact

26 Mar 2019 Fund Analysis
With global populations rising, IEM invests in companies that help humanity achieve more with less...
27 Feb 2019 A marathon not a sprint
Our research shows that investment trusts' structural advantages give them a significant edge for investors seeking long term capital growth...
24 Dec 2018 Why did the chicken cross the road?
Because he was so bored of reading newspapers devoted entirely to Brexit he was hoping he’d be hit by a truck.

26 Mar 2018 Fund Analysis
A highly-differentiated global equity trust that benefits from the increasing focus on resource efficiency and tighter environmental regulations around the world...
27 Sep 2017 Winners and losers from tomorrow’s world
Searching for the Tesla of tomorrow…

26 Sep 2017 Fund Analysis
A global equity trust harnessing unambiguous long term growth...
22 Feb 2017 Into the wilderness
As the West heads deeper into uncharted territory, we examine the way in which global fund managers are positioning in the face of vertiginous valuations and seismic political change...