This is a non-independent marketing communication commissioned by BlackRock Energy and Resources Income. The report has not been prepared in accordance with legal requirements designed to promote the independence of investment research and is not subject to any prohibition on the dealing ahead of the dissemination of investment research.

BERI aims to achieve an annual dividend target and, over the long term, capital growth by investing primarily in securities of companies operating in the mining and energy sectors (including the energy transition).

Over the past 12 months BlackRock Energy and Resources Income (BERI) has seen a significant shift in emphasis, which we believe has led to a change in its fortunes. Historically, BERI sought to provide a dividend and long-term capital growth through investment in mining and (traditional) energy companies globally. However, starting 1 June 2020 a third category of companies has been introduced- to include companies helping the transition to a low carbon economy.

This change has led to a broader spread portfolio and enabled the managers to make some decisive changes during 2020. As discussed in Performance, this has led to a good NAV performance in absolute and relative terms. However, aside from performance, we believe that, due to the shift of emphasis in the mandate, BERI feels much more relevant to today’s investor.

The neutral weighting of BERI’s exposure to energy transition stocks is currently set at around one-third of the portfolio. Nevertheless, the team expect to be pragmatic in achieving this, exemplified by activity in early November 2020, when news of an effective vaccine was announced. The team quickly increased BERI’s traditional energy exposure by 10% of NAV, a decisive move that has helped BERI to perform strongly during the market rotation that started then.

As discussed in Dividend, whilst the trust aims to pay a relatively high income, the board have stated that they are happy to use revenue and capital reserves to support it. This means that the team have relatively few constraints in picking stocks, and whilst the traditional energy and mining sectors offer high yields, the managers are free to invest as they see fit for total returns rather than a specific income objective.

BERI had historically struggled relative to its reference index. However, the move to broaden the investment mandate and the appointment of energy specialist Mark Hume has been well-timed. Performance since June 2020 has been strong in relative and absolute terms, and with BERI’s assets now north of £100m and the shares nudging onto a premium, we think it is fair to say that BERI’s fortunes have improved immeasurably.

The underlying drivers of the energy transition theme expose BERI to long-term growth opportunities in both the mining and energy sectors. That said, the team are looking for the best investment opportunities across their universe of stocks. The moves made by the team in November 2020 (see Portfolio) are important, highlighting that, whilst over the long term the team embrace the transition to a low carbon economy, over the short term their expertise should allow them to see where valuations have overshot and where investment returns can be optimised within the broader framework.

BERI’s discount now stands at 0.5%, seemingly reflecting the fact that it is now more interesting to a wider section of investors. At the same time, active management has delivered a strong performance in both absolute and relative terms. The quality of the dividend income is also more apparent – both in extent (4.2% yield currently), but also the board’s commitment to using capital to support it. In our view, BERI offers significant attractions for both long-term income and total-return investors. 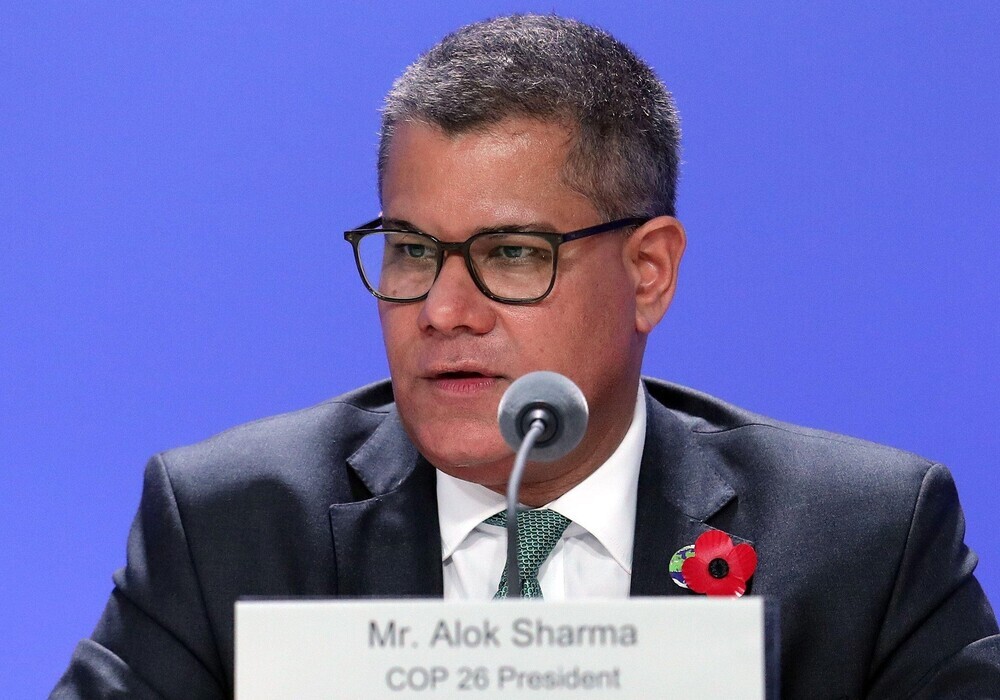 Holding back the tears
Strategy 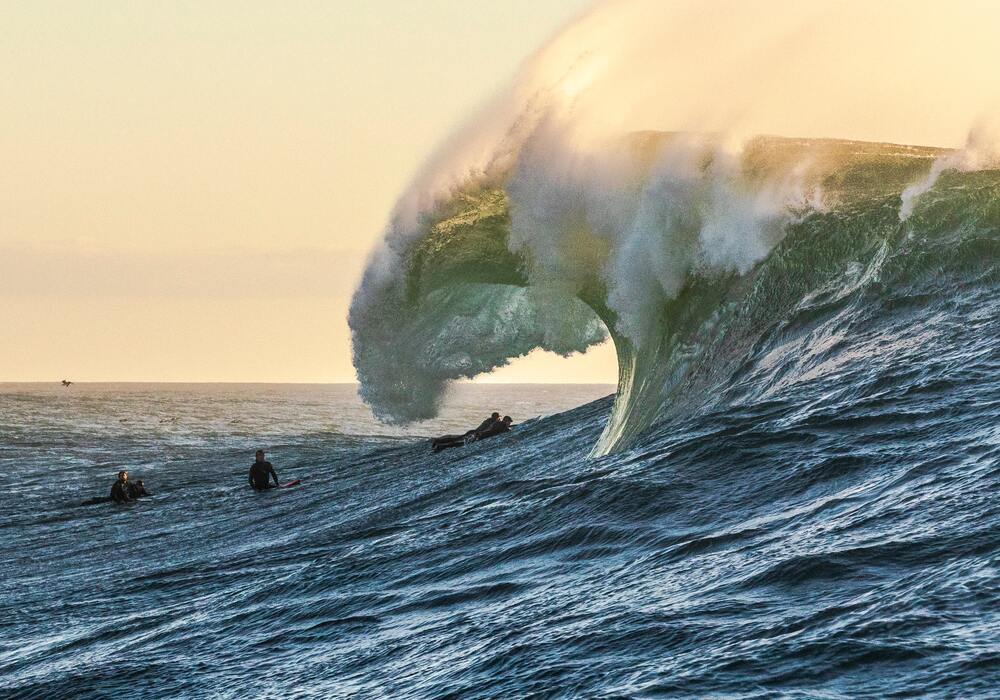 Gone with the wind

24 Nov 2021 Fund Analysis
Pragmatic active management has meant BERI’s managers have navigated recent months well…
24 Nov 2021 Holding back the tears
While the final text of COP26 fell short of what many had hoped for, the writing is on the wall for fossil fuels and, from an investment perspective, the age of sustainability has only just begun…
27 Oct 2021 Gone with the wind
One of our analysts looks at the implications of the shocking rise in energy prices and the opportunities it highlights for investment trusts...
06 Oct 2021 Slides and Audio: BlackRock Energy and Resources Income
Download the presentation and listen to the audio from our 'Now that's what I call a discount!' Autumn conference on 30 September...
23 Sep 2021 Now that's what I call a discount 2021!
For the second year running we examine trusts on discounts which, in our view, don't make sense...
13 Sep 2021 The European Green deal: when macroeconomics matter
Macroeconomic factors do not normally play a significant role for stock pickers. However, says Stefan Gries, Co-Portfolio Manager on the BlackRock Greater Europe Investment Trust plc, the European Green Deal could be an exception, creating real opportunities across European markets.
09 Aug 2021 The journey to net zero
The world’s energy mix is changing, but the transition to renewables is a process that demands the coordination of all stakeholders. Investing through an evolution such as this requires a nuanced approach, says Mark Hume, Co-Portfolio Manager of the BlackRock Energy and Resources Income Trust plc...
10 Jun 2021 Green is good!
2021 will see billions dedicated to sustainable initiatives, which brings with it a host of possible investment opportunities...

27 Apr 2021 Fund Analysis
A well-timed shift of emphasis in the mandate has revived BERI’s fortunes…
24 Mar 2021 Shoot to Thrill: ISA targets for long term growth
We all intend to invest for the long-term but can often be distracted by the news...
17 Mar 2021 After the storm
We look at the outlook for dividends in the UK commercial property sector and consider how the portfolio of the future will look after COVID…
12 Feb 2021 Results analysis: BlackRock Energy and Resources Income
With a strong track record behind it, BERI offers investors the chance to capitalize on the shift to a low carbon world, while offering high levels of income…
14 Jan 2021 Get 'em while they're hot!
We review the widest discounts in the investment trust universe and look at our selection of attractively cheap trusts…
16 Dec 2020 My haven’t you grown!
How sustainability has gone from zero to hero in 2020…
26 Nov 2020 Can the energy and resources sectors protect against inflation?
Tom Holl, Co-Portoflio Manager of BlackRock Energy and Resources Income Trust plc explores the hedging potential in commodities and natural resources...

26 Nov 2020 Fund Analysis
The shift towards the energy transition is seemingly already having a positive impact on BERI’s returns…
15 Oct 2020 Nice guys finish first
ESG has moved from hippy pipe-dream to corporate mainstream, but what is it really and where do we see opportunities?
15 Jul 2020 Why stagflation is likely and how to protect your portfolio from it
Our analysis suggests a combination of cost-push inflation and economic hardship could lead to a short, but unpleasant, period of stagflation...
09 Jul 2020 The next big thing: two mega-trends that everyone should own
Tech has beaten almost everything hands down – but nothing lasts forever. Where else should investors be looking for secular growth themes?

07 Jul 2020 Fund Analysis
Transformational changes, together with a reaffirmed dividend target, mean BERI’s discount could be an attractive entry point…
05 Jun 2020 Deep impact
Audio and presentations from our conference this week, where fifteen of the world's best fund managers described a profoundly altered investment landscape...
13 May 2020 Braving the new world
Join 15 of the UK's best known fund managers at the Kepler Trust Intelligence Virtual Summit to find out how they see the world after the pandemic...
01 Oct 2019 Natural resources - time for another look?
The natural resources sector is changing: investors may want to rethink their long-held views..

01 Feb 2019 Fund Analysis
A conviction-led approach to delivering a high income from the global mining and energy sectors...
05 Dec 2018 Surf's up
As rough markets drive share price volatility up, we use a proprietary statistical technique to highlight trusts which have rarely looked cheaper...

15 Aug 2018 Fund Analysis
A high conviction approach aiming for a strong income from the global mining and energy sectors, with a good track record of outperformance – particularly in flat or falling markets...

02 Feb 2018 Fund Analysis
A high conviction approach aiming for a high income from the global mining and energy sectors with a good track record of outperformance – particularly in flat or falling markets...
09 Jan 2018 The Income Diversifiers Conference
CPD certificate, speaker presentations and slides...

29 Nov 2017 Fund Analysis
A portfolio of UK equities with a focus on companies that can generate attractive income and capital growth.

25 Oct 2017 Fund Analysis
A UK small-cap trust that can profit in both rising and falling markets...

29 Jun 2017 Fund Analysis
21 May 2017 Brave new world
We ask the top managers in each sector, region and asset class where they see the opportunities in the months ahead...
View all
Also featured in
Strategy

Holding back the tears
Strategy

Gone with the wind