ASLIT is a high yielding smaller companies fund with a disciplined value approach, offering a historic yield of 4.9%...

This is a non-independent marketing communication commissioned by Aberforth Split Level Income. The report has not been prepared in accordance with legal requirements designed to promote the independence of investment research and is not subject to any prohibition on the dealing ahead of the dissemination of investment research.

Aberforth Split Level Income Trust (ASLIT) is a high yielding smaller companies fund with a disciplined value approach, offering a historic yield of 4.9%. This is the highest natural yield on offer from a pure smaller companies trust.

The trust is in its second year, having launched on 3 July 2017 (as a rollover vehicle for Aberforth Geared Income Trust). Relative total return performance has been held back by the value style being out of favour, particularly in the second half of 2018 – although Q1 2019 was much more positive in performance terms.

The trust met its first-year dividend target of 4p, supplementing that with 0.6p of specials in a bumper year for those. The first interim dividend of 2018/19 saw a slight increase over last year, while income received from specials on the portfolio has been considerable, though lower than in 2017/18.

The trust has built up a revenue reserve already, holding back 0.8p last year, or 20% of the full-year dividend. This is consistent with the approach taken by the antecedent trust AGIT, which built up substantial reserves in the first few years in order to provide greater security to the dividend – we would note that three of the six board members of ASLIT, including the chairman, previously served on AGIT.

The trust is team managed, with decades of experience between its members. The two remaining founding partners, Alistair Whyte and Richard Newbery, have been part of the team managing the trust since 1990. Richard retires at the end of this month (April 2019), leaving a committed team of six experienced investors who follow the same philosophy and approach.

Being contrarian and value investors, the managers have built up an overweight to UK domestic stocks on a bottom-up basis. They are also biased to the small end of the market and do not buy AIM stocks, meaning the exposures are different from the average smaller companies fund.

The managers aim to have ASLIT near fully invested at a portfolio level at all times. The company has structural gearing in the form of zero dividend preference shares (ZDPs), which means that the ordinary shares are 28% geared, considerably higher than most smaller company trust peers, most of which do not have any gearing at all.

The Aberforth approach, the income mandate and the company’s structure mean that ASLIT is highly differentiated to its peers. ASLIT has the most extreme positioning towards value (according to Morningstar data) in both the closed- and open-ended sectors. Relative to peers, the ordinary shares of ASLIT have the highest gearing to equities of peers thanks to the ZDP shares.

The trust’s discount has been volatile. The current discount of 9.9% is wider than the sector average of 7.4%. The board is able to buy back shares, but has not done so to date, with the trust’s limited life representing a hard form of discount control.

ASLIT offers a rare opportunity to diversify an investor’s sources of income into the small cap market. The gearing from the ZDPs means that the yield is highly attractive, at 4.9%, and is likely to remain high, in our view. The trust also offers exposure to a disciplined value approach.

The Aberforth team have generated substantial outperformance using the value style in the past, and we would back them to do so again when the decade-long outperformance of the growth style finally ends. This might need a resolution to the Brexit process, or it might be a consequence of resumed optimism about the US economy and the course of its interest rate cycle, which has been a key determinant of the relative performance of growth and value investment styles even in the UK.

We would highlight that the portfolio currently represents value on many levels, and is something of a contrarian’s dream: UK stocks are currently out of favour, small caps have underperformed large caps since the referendum, value has underperformed growth since the financial crisis, and the trust is trading on a discount to the sector average as well as NAV.

Thomas is a senior investment trust analyst and joined Kepler in April 2018. Previously he was senior analyst at FE Invest, where he was responsible for fund selection for a range of model portfolios. He covered all asset classes over time, but has particular experience with emerging markets and fixed income as well as UK smaller companies funds. He has a degree in Philosophy from Warwick University and is a CFA charterholder.

Britannia Redux UK equities have been despised for almost five years and could offer extreme rebound potential… 25 November 2020 To be, or not to be (geared), that is the question Gearing is part of the toolkit that trusts use to outperform OEICs. But how is it best implemented?... 29 July 2020

Kepler Partners is a corporate advisory and asset raising boutique specialising in the regulated funds market in Europe and investment trusts in the UK.
Continue to Aberforth Split Level Income 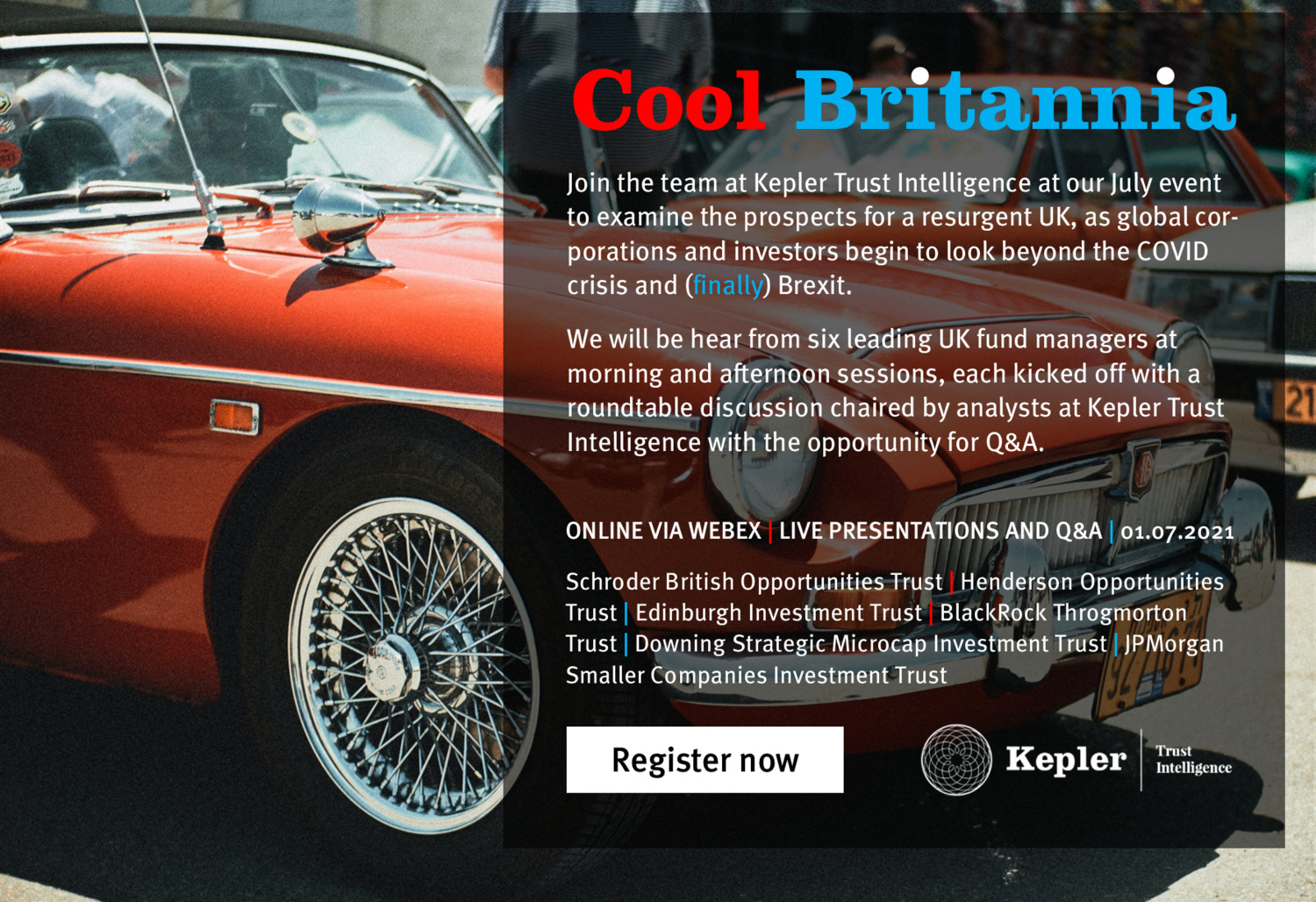