This is a non-independent marketing communication commissioned by Jupiter Green. The report has not been prepared in accordance with legal requirements designed to promote the independence of investment research and is not subject to any prohibition on the dealing ahead of the dissemination of investment research.

A week ago Jupiter Green Investment Trust (JGC) announced that Charlie Thomas, lead manager of the trust since 2006, was leaving Jupiter for a new role. The board have decided to appoint Jon Wallace, who has worked with Charlie for over a decade and specifically on JGC since 2014, to lead manager.

We participated in a call with Jon and JGC Chairman Michael Naylor, who explained that this was likely to mean a smooth transition of management. Michael highlighted that Jon has an in-depth knowledge of the portfolio, and a strong expertise in seeking out the key innovators in the green technology space. This is in the context of the decision announced in September 2020 to evolve the focus of the trust towards smaller, more innovative companies with less invested in lower growth, more established players.

Kepler Partners is a corporate advisory and asset raising boutique specialising in the regulated funds market in Europe and investment trusts in the UK.
Continue to Flash update: Jupiter Green 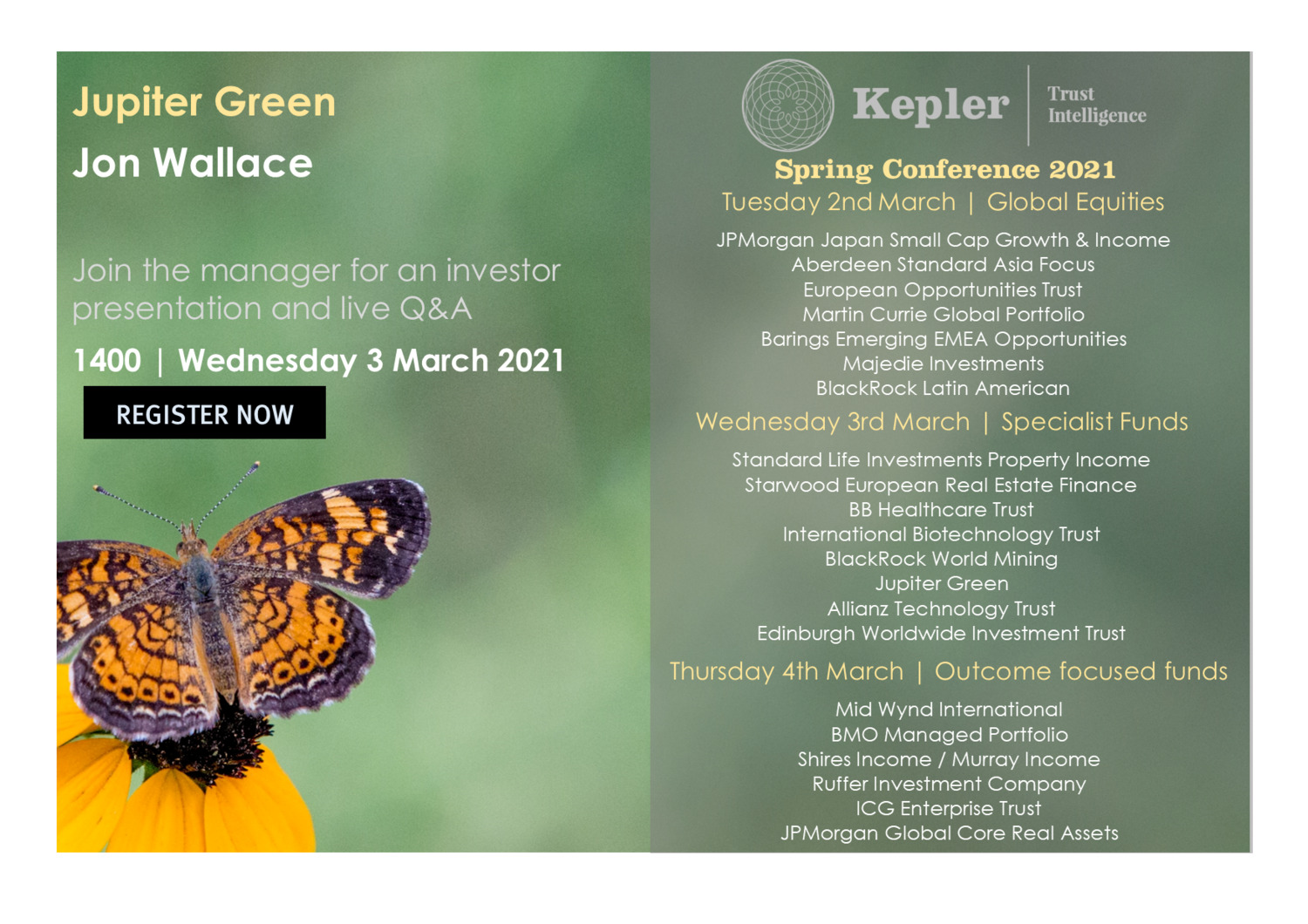