To achieve long-term capital growth by investing in companies domiciled or listed in, or exercising the predominant part of their economic activity in, less developed countries.

BlackRock Frontiers (BRFI) invests in a unique set of opportunities available in smaller emerging markets (EM) and frontier markets. Often, these smaller markets are overlooked by institutional investors that prefer larger, more established markets such as China that make up the majority of the current EM universe. With a combined population of three billion, BRFI’s investment universe offers substantial growth potential at relatively cheap valuations and remains under-invested by global investors.

Since launch, BRFI has been managed by Sam Vecht who was joined by Emily Fletcher in 2013. The trust has performed well, outperforming its benchmark, the wider EM and frontier markets and its peers since inception. As discussed in the Performance section, recent performance has also been strong, the underlying markets in BRFI’s universe performing well as sectors such as banks, oil and mining have rallied in the global environment of rising rates and persistent inflation. BRFI has navigated the Ukrainian crisis relatively well, with no direct Russian exposure as Russia falls outside its investment universe.

In the short-term, Sam and Emily think BRFI’s Portfolio section contains stocks that should be resilient in the face of persistent inflation and benefit from high commodity prices. In the long term, the portfolio is intended to benefit from the tailwind of secular growth in the world’s least developed countries. Despite strong relative performance in 2022 and an attractive yield, BRFI is currently trading at a wide discount relative to its history (11% as at 13/07/2022). As discussed under Dividend, BRFI’s historical yield of 4.1% is comparable to the sort of yields available in the UK equity income sector and could be a helpful diversifier for income investors with substantial exposure to the UK.

We think BRFI’s strong long-term performance reflects the good opportunities that skilled active managers can find in a niche asset class with limited analyst coverage. In the short-term, amidst the current global backdrop of persistent inflation, war and faltering economic growth, smaller emerging and frontier markets have proven resilient, generating strong returns as other major stock markets struggle. Modest starting valuations, strong cash flows and dividends, underlying economic recovery from the pandemic and windfalls for commodity and energy producers and local banks benefitting from rising rates have all contributed. These factors should continue to support these markets if global inflation were to persist, which Sam and Emily believe will be the case.

BRFI’s ability to post strong returns when mainstream emerging markets are struggling illustrates that the underlying endogenous growth stories of these markets (and the stock-picking opportunities) provide diversification which can hopefully smooth the return profile of an emerging market allocation over time. This gives both growth and income investors an interesting set of options. If smaller emerging and frontier markets are preferred, BRFI could be held as a core EM allocation. Alternatively, within a broader EM portfolio BRFI could be used as a diversifier to complement more benchmark-aware EM strategies or single-country funds (such as China or India funds).

BRFI is currently trading at a particularly wide Discount relative to its history. In our view, given the long-term drivers of the growth of smaller emerging and frontier markets and the capacity to perform in an inflationary environment, this is potentially an attractive entry point. 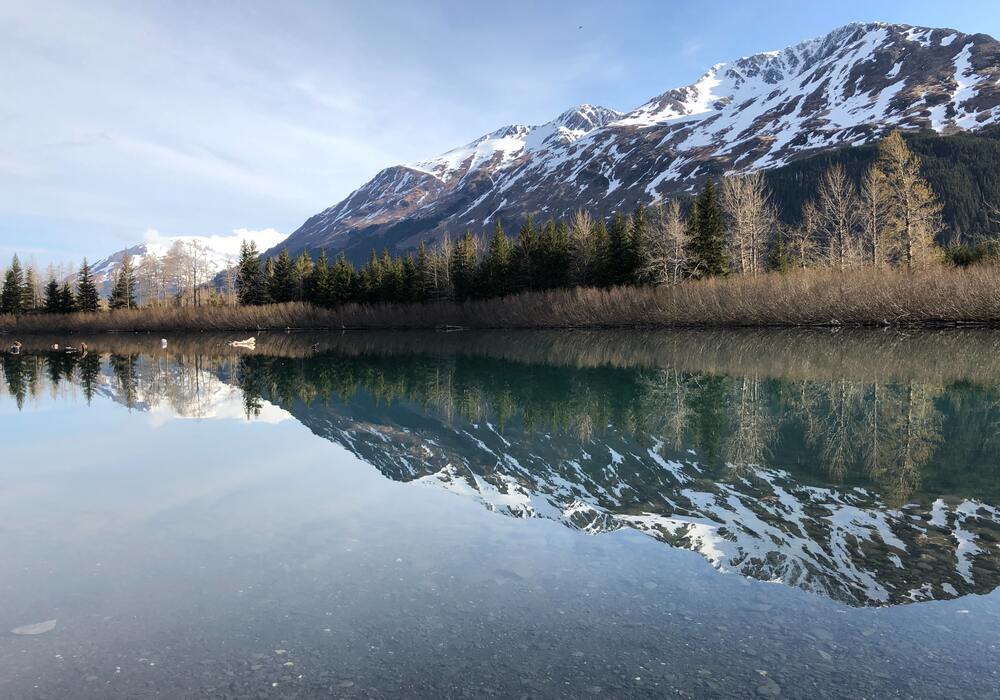 Stock picking in the forgotten 40
Strategy 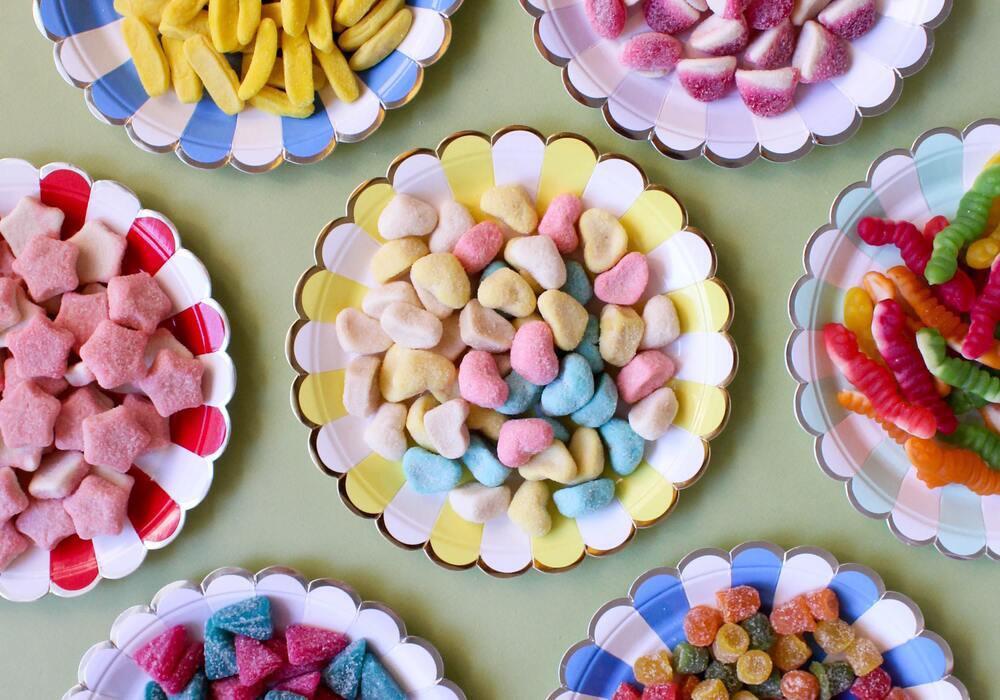 19 Jul 2022 Fund Analysis
As major economies stumble, the world’s smallest markets may offer overlooked opportunities…
29 Apr 2022 Stock picking in the forgotten 40
The world’s smallest markets are widely neglected by investors. Emily Fletcher, Co-Manager of the BlackRock Frontiers Investment Trust plc, asks whether a change of market environment might bring about a new era for these unloved gems...
22 Dec 2021 No humbug
Our analysts look back at a year of predictions, theories and ideas, and highlight those they think could matter most…
07 Dec 2021 Results analysis: BlackRock Frontiers
BRFI has delivered outstanding returns in the last financial year, combining strong capital returns and an attractive fully covered dividend…
10 Nov 2021 Fantastic growth funds (and where to find them)
We found them in India, Japan, frontier markets, healthcare and the global sector – and here they are…

10 Nov 2021 Fund Analysis
Opportunities in smaller emerging and frontier countries bring BRFI to the fore after China woes…
10 Nov 2021 Slides and Audio: BlackRock Frontiers
Download the presentation and listen to the audio from our 'Fantastic growth funds (and where to find them)' conference on 4 November...
01 Sep 2021 Winter is coming
Summer was a welcome opportunity for exhausted investors to turn their backs on the legion threats they face, but they haven't gone away and the days grow short - we examine four in detail...
25 Aug 2021 Is the UK’s debt a ticking time bomb?
Our analyst argues Rishi is right to worry about government debt and borrowing…

16 Jun 2021 Fund Analysis
BRFI still looks cheap despite good gains in the recovery…
16 Feb 2021 The Last Frontier: finding growth in smaller emerging markets
Smaller emerging markets have been left behind as investors have focused on a handful of high growth areas. As the crisis fades, investors are already starting to recognise that these areas may provide high growth at compelling valuations.
20 Jan 2021 Kepler's top-rated investment trusts for 2021
We update our annual quantitative ratings for investment trusts…
18 Dec 2020 Results analysis: BlackRock Frontiers
BlackRock Frontiers has seen a dramatic improvement in performance since its year end, and the managers are excited about the outlook…
09 Dec 2020 A bumper harvest?
Agricultural and industrial commodities have rallied strongly, but what are the implications for emerging market allocations...?

02 Dec 2020 Fund Analysis
BRFI’s portfolio is trading on a record low valuation, putting it in a potentially strong position for a COVID bounce…
11 Nov 2020 Now that's what I call a discount!
Presentations and audio from our conference focussed on discount opportunities in the investment trust sector…
11 Nov 2020 Slides and Audio: BlackRock Frontiers
View the presentation and listen to the audio from our 'Discounts in Focus' event on 05 November...
22 Oct 2020 Spotlight on discounts
As our event focussed on discounts approaches, we update our portfolio of discount opportunities and review discounts across the wider IT universe…
07 Oct 2020 Emerging markets: beyond China
Investors’ focus has been directed towards China as its weight in global indices grows, however, this may see them miss out on the growth, income, and diversification opportunities elsewhere...

21 Aug 2020 Fund Analysis
BRFI’s portfolio is trading on a record low valuation…
18 Jun 2020 Gimme shelter
As income investors brace for impact we ask which regions and trusts are less likely to cut their dividends in 2020…
09 Jun 2020 Fortune favours the brave
Better yields and discounts are on offer in the emerging markets…
16 Jan 2020 Drifting apart: how emerging markets have become less correlated
We examine how correlations between different emerging markets have evolved, and whether single country strategies could diversify returns going forward....

30 Dec 2019 Fund Analysis
BRFI offers a strikingly high yield from undervalued regions with strong growth potential…
21 Aug 2019 Exploring the next frontier
The world’s developing markets may look and feel like large emerging markets, but they bring something new for investors. The team at BlackRock explain why…
03 Jul 2019 Push-me pull-you
Two contrasting influences are dominating the outlook for Asian markets - we analyse them and how Asia trusts are positioning their portfolios in response...
13 Jun 2019 Real growth in a world of fake news
Presentations and audio from our event at the London Stock Exchange, where six fund managers set out their stall for an exciting future...

29 Jun 2017 Fund Analysis
21 May 2017 Brave new world
We ask the top managers in each sector, region and asset class where they see the opportunities in the months ahead...
12 Oct 2016 Fishing for discounts
Despite a resurgence among emerging market equities, discounts continue to yawn among trusts in the sector – we highlight three that stand out...

Stock picking in the forgotten 40
Strategy

John is an Investment Trust analyst and joined Kepler in September 2021. Previously he was senior analyst at AFH Wealth Management, where he conducted manager selection, fund monitoring and investment research across a broad range of asset classes. Before joining AFH he worked for Asset Risk Consultants (ARC), providing investment consulting to UHNW private clients and charities. John graduated from the University of Oxford with a BA (Hons) in Physics and the University of Sussex with an MSc in Astronomy. John is a CFA charterholder.